Parma’s center is full of art masterpieces, wide green spaces, little and big treasures from different ages, welcoming visitors and citizens all in the refined atmosphere of a petite capital.  Parma is the second most populous city in Emilia-Romagna after Bologna, the region's capital.

The historical center of Parma is divided into three big parts: Piazza Garibaldi, that was in part the site of the Roman forum, and where the center of the Municipality is located. There is also the Governor’s palace, with its Baroque tower, which houses the bell of the high civic tower collapsed in 1606, the crowned Virgin in the niche of the bell tower and the two sun-dials dating back to 1829. 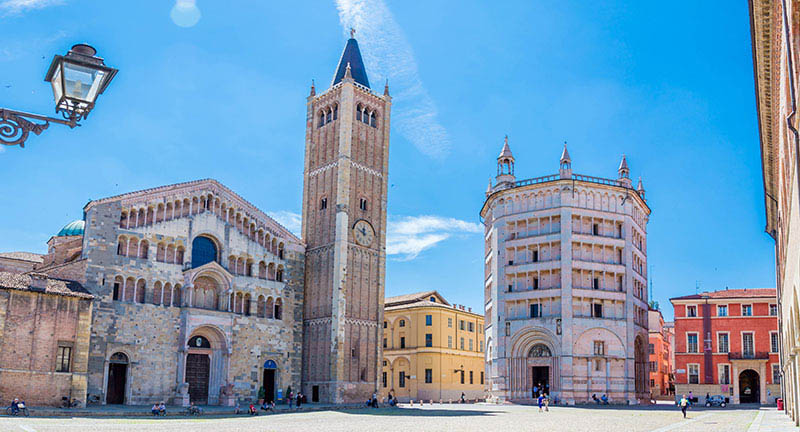 Piazza Duomo, where the highest artistic and religious expressions of the city stand, such as the Cathedral dedicated to the Assumption, which is among the main representative Romanic buildings of the Padana region, started around the year 1059 and consecrated in 1106; the Baptistery, a symbol of the passage from the late Romanic to Gothic, made of pink marble from Verona, started in 1196 and finished in 1307 and the Bishop’s palace, dating back to the 11th - 12th century. Re-arranged many times, the present version dates back to the beginning of the 20th century.

Finally, Piazza della Pilotta, now Piazzale della Pace, is the symbol of ducal power with the Monumental Pilotta palace, ancient palace of the court and state services belonging to the Farnese family. The rooms host the Archaeological Museum, the beautiful Palatina Library, the National Gallery and the Farnese Theatre and the courtyard is the scenery of a festival with shows and concerts every summer.

The Parma Cathedral, boasting 900 years of age, is a sacred place of art and history. The Roman bas-reliefs of Antelami and the grandiose frescos of Allegri emanate devotion. Once you have visited the Duomo, which is the very expression of art, you will move closer to the most sacred treasure of Parma. The entrance to the Duomo is free. Designed by Antelami and decorated in pink Verona marble, the Baptistery of Parma is the architectural symbol of the passage from the Roman style to the Gothic style. The walls of this octagonal tower are decorated with frescoes and bas-reliefs.

The paved Piazza Garibaldi is the main artery of the historic center of Parma. It is also considered the most beautiful square. The Palazzo del Comune is located on this square, and on the north side is the Palazzo del Governatore.

Parma is a city that cares for its architectural image and for this reason it is well worthwhile to stroll through its ancient little streets in the center of the town, to enjoy the Italian architecture, the ancient churches and many other monuments. Fountain in the Republic Square, Parma, Italy Fountain in the Republic Square Street to Duomo, Parma, Italy Street to Duomo

The neoclassical style of Teatro Regio attracts many tourists. Its appearance is thanks to the Countess Maria Luisa, wife of Napoleon, who initiated its construction in 1820 and closely followed the works of decoration.

The Sanctuary of Santa Maria della Steccata  is a Basilica masterpiece of the Renaissance era. Erected in Parma in 1521, thousands of faithful visit the church each year. The gems inside the Sanctuary della Steccata are the unique images of the Virgin Mary, which have been conserved there since antiquity. 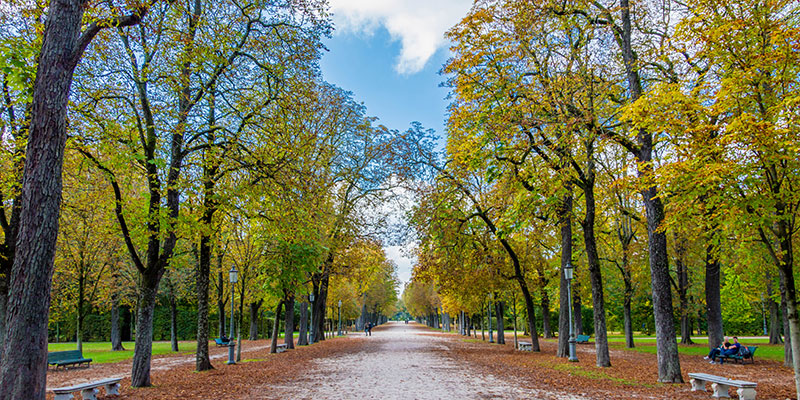 Parco Ducale is situated almost in the center of Parma. Parco della Cittadella lies just beyond the city center. It is much loved by people who enjoy running. The shape of the Cittadella park recalls a five-pointed star. Walls protect it and the entrance is dominated by marble columns with the coat of arms of the Farnese family at the top.

The gastronomic tradition is also very remarkable, offering, besides cold cuts and cheese which are famous all over the world, first courses of homemade pasta cooked in different ways. Parma in 2015 has been designated a Creative City of Gastronomy Unesco.

The star of the Parmesan gastronomy is the pork from which Prosciutto di Parma PDO is made, but also Parmigiano Reggiano cheese PDO, Culatello of Zibello PDO, Salame Felino PGI, Spalla Cotta of San Secondo and the delicious Porcino Mushroom PGI. First courses are also typical, such as cappelletti or anolini cooked in broth, homemade pasta stuffed with stew cooked as well in broth.  Among the main courses there is stew, cooked slowly and for a long time in beef’s broth.

Although the exact date it was founded is unknown, ancient remains indicate that the area was already inhabited 5000 years ago. The city was most probably founded and named by the Etruscans. 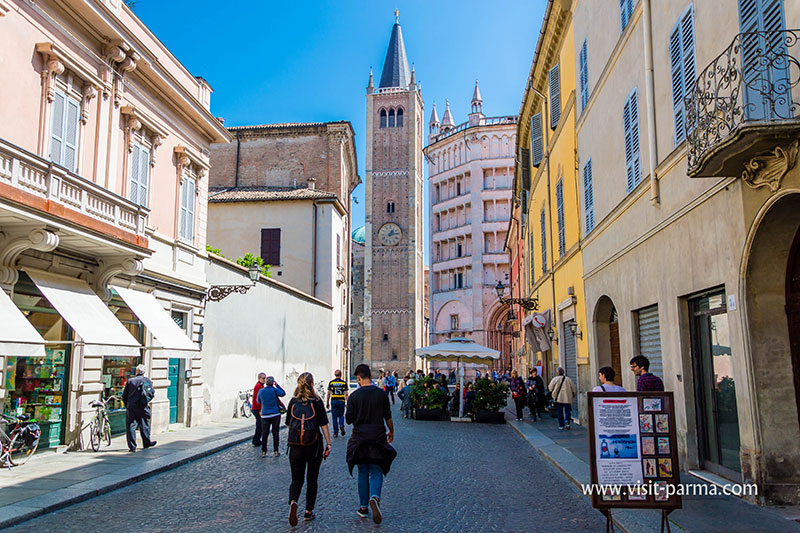 The official date of its foundation, however, is considered as the year 183 B.C. when Romans founded a colony here, which was an important center of commerce. After Parma, other nearby cities such as Piacenza and Modena were founded. Given that the location of Parma was strategically important from an economic-trade point of view, the city was the epicenter of several wars which went on for centuries: its lands were devastated by the barbarians, occupied by the Huns, trampled on by the Longobardi and split up by the Franks.

The most important period for Parma began in the sixteenth century when in 1545 Pope Paul III founded the dynasty and consigned the city to Pier Luigi Farnese. The Farnese family governed the city until 1731 and Parma changed radically during those years as symbolic buildings for the local aristocracy appeared here, such as the Ducal Palace and the Palazzo Pilotta.

The name of Napoleon is also linked to the city of Parma. From 1793 the great military commander began his Italian campaign and by the end of the century he had conquered many different regions including the city of Parma. Shortly afterwards, he commissioned his second wife Maria Luisa of Hapsburg-Lorraine to govern Parma, and she maintained her influential power until her death in 1847. Upon her orders, houses were constructed in Parma and old neighborhoods were rebuilt. Maria Luisa also turned her hand to the cultural development of the city: it was on her orders that the Teatro Regio of Parma was founded. The Maria Luisa of Hapsburg-Lorraine Museum located in via Garibaldi tells the story of this woman governor.

In 1860 Parma was annexed to the Kingdom of Italy and the period of development and peace began. During the Second World War the town was heavily bombed, but the inhabitants of Parma, lovers of culture, reconstructed the city and all her important architectural buildings. Today it is a quiet corner of Italy where the wonderful smell of ham wafts through the air and Parmesan cheese is venerated.